As the youth e-cigarette use epidemic intensifies, the tobacco industry is undertaking a massive campaign to convince people it has turned over a new leaf – but the American public isn’t buying it.

Big Tobacco is trying to rebrand itself as part of the “public health solution” to end smoking while it continues to spend billions each year to market and sell cigarettes, a deadly product that remains the leading cause of preventable death in the U.S. and claims more than half a million lives each year. At the same time, the tobacco industry is aggressively growing its market base among youth and young adults and threatening to addict a new generation to nicotine with an expanding product portfolio of electronic, non-combustible tobacco products like e-cigarettes and heated tobacco devices. With these moves, it appears the industry is still using its strategy of recruiting “replacement” users for the thousands of people who die each year from tobacco-related diseases.

A new Truth Initiative® report, “Spinning a New Tobacco Industry: How Big Tobacco is Trying to Sell a Do-Gooder Image and What Americans Think About It,” details four strategies the tobacco industry is implementing to recast its public image and protect its bottom line at the expense of public health. It also reveals that these efforts are so far ineffective, with more than 70% of Americans viewing tobacco, vaping and e-cigarette companies unfavorably and a majority saying regulations on vaping and tobacco are too weak.

Is the cigarette market declining?

The U.S. cigarette market has shrunk radically since 1965 when 43% of American adults smoked, compared to only 14% today. Thanks to years of tobacco control policies and public health campaigns like truth®, Americans now recognize that smoking is addictive, dangerous and costly to society.

New products, particularly e-cigarettes, work both to entice customers who might not have used a combustible cigarette and re-engage or retain current or former users of traditional tobacco products. These products have sparked a youth vaping epidemic, driven by market-leading e-cigarette JUUL. The most recent 2019 data shows that 27.5% of high schoolers are using these products — a rate of youth tobacco product use not seen in nearly two decades.

Top tobacco company Altria, maker of the best-selling cigarette brand Marlboro, invested a $12.8 billion stake in JUUL, and, in September 2019, JUUL announced that an Altria executive would become its new CEO. These moves gave one of the biggest players in the tobacco industry direct access to a new pipeline of millions of youth e-cigarette users, most of whom were not smokers in the first place. The investment also gave the industry a platform from which it could claim it was trying to help people quit smoking by offering a less dangerous product.

While originally thought to be a less risky alternative for smokers trying to quit, e-cigarettes are far from safe. An outbreak of illnesses and deaths among vapers has also raised serious new safety concerns.

The tobacco industry has a long history of targeting young people through strategic marketing campaigns. But since 1998, when Big Tobacco reached a settlement with 46 states, stricter regulations constrained the ways companies could market cigarettes to youth.

New tobacco products, however, do not face the same restrictions. In the absence of significant regulation of new tobacco products, the industry quickly ramped up its marketing to youth: depicting “fun” young people relaxing with their favorite product and harnessing social media and “influencers” to appeal specifically to them. JUUL further targeted children by funding summer camps, visiting schools and paying community and church groups to distribute their materials.

JUUL also hosted exclusive events where the company provided free “tastings” of its candy-like flavors. Kid-friendly flavors are one of the most valuable tactics e-cigarette makers use to attract youth. Eighty percent of youth aged 12-17 said flavoring was the main reason to use an e-cigarette. And though most vaping products contain nicotine, most young users don’t realize flavored tobacco products do. Nicotine can harm developing brains and is highly addictive.

Is the tobacco industry reinventing its image

While pushing these new products, the tobacco industry has also been pushing a new image of itself, as “an innovative, tech-savvy champion of quitting and youth tobacco prevention,” according to the report.

Through company sponsorships and appearances at major global events, such as the Sundance Film Festival and the California Democratic Convention, Big Tobacco has attempted to ingratiate itself with leaders and cultural tastemakers. It has told the story of its “less harmful alternatives,” which major media outlets have incorporated into their coverage.

But perhaps most disturbing is the industry’s claim that e-cigarettes are not only safe, but the answer to the worldwide tobacco epidemic. So far, it’s unclear whether vaping helps people quit smoking cigarettes. Despite inconclusive research and not having approval from the Food and Drug Administration, e-cigarette companies are aggressively pushing their products as quitting aids. For example, JUUL invites smokers to “make the switch” to its product.

Positioning themselves as experts on the science of quitting, tobacco companies have hired public health scientists to conduct research on their behalf and present findings at scientific conferences, and even launched the Foundation for a Smoke-Free World to fund scientific research.

The tobacco industry has long had outsized political influence and uses it to undermine federal and state tobacco control policies. According to the report:

Despite these efforts, the American public still doesn’t like the tobacco industry, according to an online Truth Initiative® survey conducted in April 2019. The survey asked questions of 1,200 adults, including 626 parents, who reflected U.S. Census demographics. In the survey, 70% of people strongly view tobacco, vaping and e-cigarette companies unfavorably. And when compared to several other industries — such as alcohol, guns and banks — e-cigarette and tobacco companies rank last in popularity. Fifty-five percent of those surveyed favor tougher vaping regulations and two-thirds of Americans say vaping products should be regulated like regular cigarettes.

Although adults have a low opinion of the tobacco and e-cigarette industry, young people are still forming their opinions, giving the industry an opportunity to shape its reputation in the future, the authors write. To prevent tobacco use from rebounding, policy makers and advocates must aggressively counter the industry’s misinformation campaigns and pass policies that eliminate nicotine addiction and protect youth.

How tobacco companies use experiential marketing

How tobacco and vaping companies are exploiting national crises to maintain their bottom lines, putting profit before public health 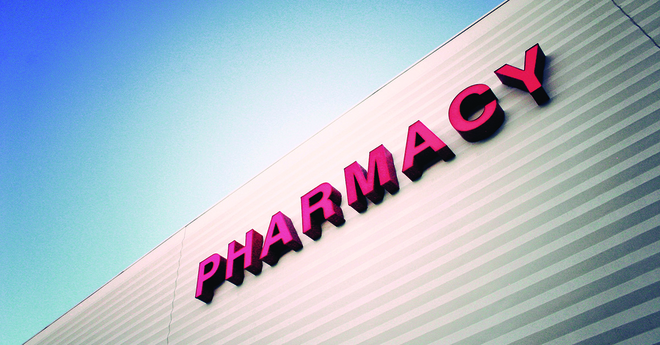 Pharmacists and customers agree: Tobacco does not belong in pharmacies